On a solid base of scientific, technological and regulatory watches, our teams develop innovative solutions and new methodologies.

Below are our main innovation programs among all our projects : 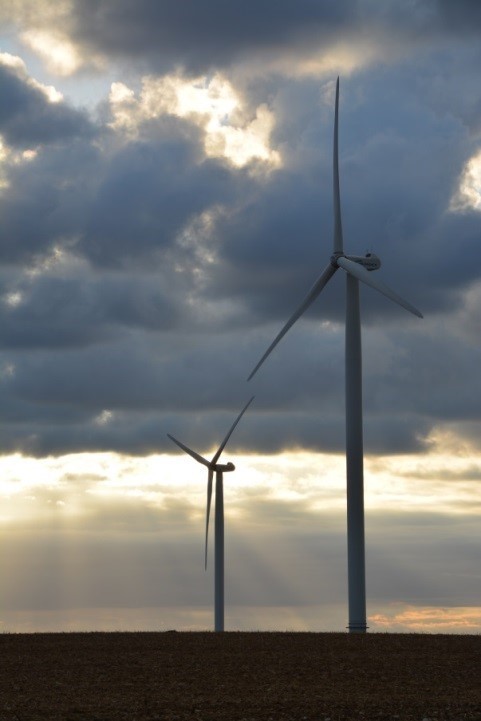 Chirotech® is based on the following observation : peaks of bat activity do not correspond to the peaks of turbine production.

This patented solution is intended for companies operating and maintaining wind farms.

After modelling bat behaviour in the local wind park environment, Chirotech® allows wind turbine blades to be stopped at times of high bat activity when the risk of collision is great. The result is clear : bat mortality is reduced by over 90%, without jeopardising the profitability of the business because the impact on electricity production is less than 0.3%.

Chirotech® is now in the industrialisation and marketing phase and equips many wind parks in France and abroad.

Many bats around the world are protected and play a large role in the balance of our ecosystems by regulating insect populations.

It was difficult to protect them for a long time, but today it is easier to study and understand their behaviour and how they adapt to their environment because bats can be detected and tracked using the ultra-sounds they emit.

We developed SonoChiro software in this logic. It detects all recorded bat signals in input, then classifies them according to many parameters.

The information is then used to provide a list of bats contacted, their identity (genus and species) and their behaviour (flight speed, social activity, hunting) as well as a confidence index on each of the identifications. 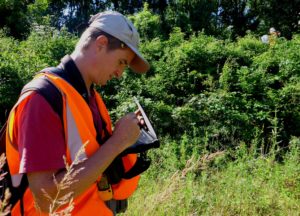 In this naturalist database, observations are entered on mobile apps on digital tablets. The collected information is made available quickly and can be entered in tables configurable by the user and exported to the most commonly used formats.

With Shuriken, Biotope anticipated regulatory evolutions. Starting 1 January 2018, project owners are required to submit the raw biodiversity data they have collected in the framework of studies to the French government via the INPN. 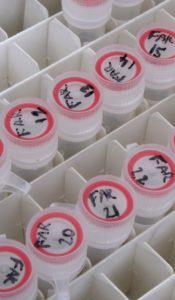 Our teams include doctors in molecular taxonomy. They have performed some significant taxonomic work and are able to use the genetic tools available to them. It can be very useful to master these tools, in particular in the context of debates of specialists to differentiate between species that are very similar in morphological terms.

We have been experimenting with new methods for the past several years. We can now identify certain species through their DNA, either through organisms or communities collected in the environment, or directly via water or substrate samples (environmental DNA – ADNe). However, while this method is very powerful, it is important to know its limits in order to use it properly.

The prospect of sentinel observatories is under study, including the monitoring of invasive species.

Contact us
Previous Locations
Next Jobs & Carrers
We use cookies to ensure that we give you the best experience on our website. If you continue to use this site we will assume that you are happy with it.OkPrivacy policy