Transport infrastructure, essential to life in the regions

We intervene at all stages of transportation infrastructure projects both locally and internationally. Today, we’re putting our 25 years of experience at your disposal.

Our areas of intervention 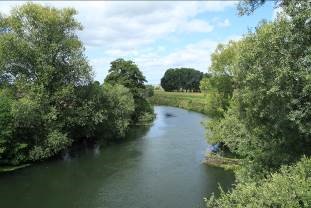 For this project, we were commissioned to perform natural environments studies prior to the declaration of public utility. 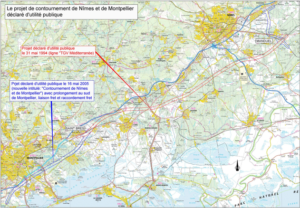 The Nîmes and Montpellier bypass, which was declared as being of public utility on 16 May 2005, will be used for the very high-speed transport of goods (freight), and passengers. The foundations of the program which includes the Nîmes and Montpellier rail bypass project are based on the decision of the Minister for Infrastructure of 13 March 2000.

This program constitutes an important link between the Iberian Peninsula and the rest of Europe. It will increase the capacity of rail freight transport and consolidate national and international passenger services. The Nîmes and Montpellier bypass will also free up capacity on the existing infrastructure, allowing significant development of regional express transport east of Montpellier.

Our objectives in this mission were to anticipate and integrate all of the plant and animal constraints in project management, to produce the required regulatory files and assist LTF in all of these procedures. We conducted ecological inventories, anticipated and developed avoidance, reduction and conservation measures, produced CNPN exemption application files and updated the Natura 2000 impact assessment file.

This deconstruction and construction project of 30 dams on the Aisne and Meuse River is part of the Inland Waterways of France program (VNF) for the renovation of waterways and structures, to improve the reliability of water levels for all uses, help reduce the impact of minor flooding and guarantee the conformity of the structures with recent legislation: ecological continuity and safety of hydraulic structures.

This project includes the construction of fish ladders for each structure. Then, the selected program allowed a sharing of compensatory measures as well establishing as priority operations helping to improve the functionality of the waterways, aquatic environments, wetlands and transversal and longitudinal connections. The last originality of the program was the definition of pre-identified geographical financing called “compensation financing” within which compensation sites were sought on the basis of precise criteria.

For permit applications, we assisted the concession grouping BAMEO (and EMCC) from 2013 to 2014. Then, from 2015 to 2017, we assisted BAMEO in various design and monitoring missions. 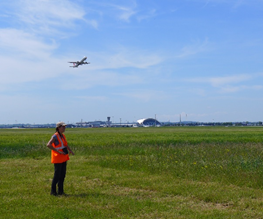 An ecological diagnostic of Lyon’s Saint-Exupéry Airport revealed the presence of the little bustard, a species of conservationconcern. Its presence has been confirmed during annual monitoring, and a specific protocol has been implemented to determine the presence of the species and its use of the site.

The species has been spotted regularly at the airportduring annual monitoring by sampling. For three years in a row, an exceptional transect survey was conducted with all of the airport’s land searched on foot to flush out a couple or find a nest, but without success. However, the conservation issue is real; it is hoped the little bustard can reproduce at the airport, though the latest known reproduction there dates back to 1980.

The difficulty was how to adapt measures and monitoring to the specific constraints of airport activity (secure access, proximity to the runways, avoiding aircraft corridors, etc.). The specific protocol developed by Biotope was validated by DREAL, ONCFS and CSRPN and backed by a ministerial order.